Another DUI Accident in Las Vegas

Each year, far too many individuals are killed or seriously injured as a result of DUI accidents in Southern Nevada. Most recently reported, a man suspected of driving while under the influence crashed into a motorcycle, badly injuring the rider.

Felony Hit & Run — Involving death or bodily injury (NRS 484E.010)
Fleeing the scene after a car crash that results in bodily injury or death is a category B felony. The abridged legal definition of felony “hit and run” in Nevada states that, “The driver of any vehicle involved in an accident resulting in bodily injury to or the death of a person shall immediately stop his or her vehicle at the scene of the accident and exchange information and render aid.”
Penalties include:
· two to fifteen years in prison, and
· a fine of $2,000 to $5,000, and
· possible license suspension or revocation.

Have you been involved in a DUI accident or hit and run in Nevada? Whether you were the cause of the accident, or you were an innocent victim, we can help. Call the Law Office of Mark Coburn today at (702) 382-2000 for a free consultation. 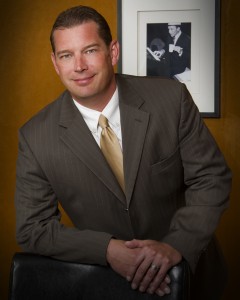