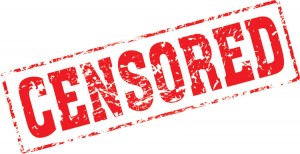 It took months of debate before Las Vegas council members finally agreed they weren’t ready to adopt ordinances that would restrict where and when “buskers” could perform on Fremont street.

The proposed rules would have limited the performers’s acts to specific “performance zones” for two hours at a time per person or act.

During the public comment portion of this debate, more than a dozen street performers argued against the proposed ordinance; they claimed it would threaten their livlihood.

The proposed performance zones would have also been patrolled by the Fremont Street Experience LLC, a privately held company which maintains the city-owned mall.

Performers would have needed to register with the city and keep a 40 foot space between other buskers, as well as at least a 100 foot space away from the concerts that are sponsored by Fremont Street owners.

As of now, officials do not plan to run background checks on performers.

Casino patrons and city leaders alike have often criticized buskers for their often lewd outfits and sometimes violent fighting over prime spots. They are also known to aggressively hustle tourists for tips.

City Council members are planning to circle back to the rule changes on Sept. 16. We will keep you updated.