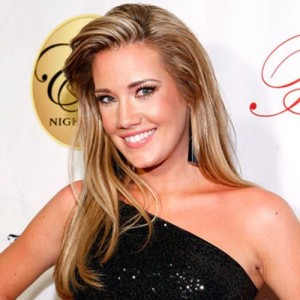 Former Miss Nevada, Katherine Rees, has been arrested once again. Rees and her boyfriend, Kevin “DJ Kulprit” Sims, were pulled over September first for a traffic stop, and quite a variety of drugs were discovered in the car. Miss Rees was arrested on five drug-related charges, including possession of methamphetamine.

When Sims, who was driving, was pulled over by Metro, the officer noticed a smell like marijuana. After asking Sims if there were any drugs or weapons in the car, Sims hesitated which caused the officer to ask he and Rees to step outside of the vehicle.

Police discovered on Sims a jar of GHB, a liquid date rape drug, a box containing unknown pills, and a bag that tested positive for cocaine and meth. They discovered on Katherine: rolling papers, smoking pipes, and a canister filled with marijuana, Xanax, Oxyontin and meth. Wow.

The 31-year-old former beauty queen has had a rough road since being revoked of her crown back in 2006 after sexual photos of her surfaced online. Last July, she was charged with four felony counts for possession and distribution of meth.