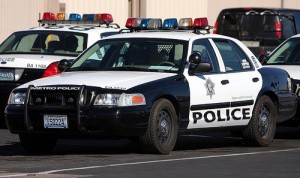 As per the Nevada DMV website, here is a quick refresher on some of the major Driving-Related Safety Laws.
Headlights
Headlights must be used from 30 minutes after sunset until 30 minutes before sunrise, and whenever conditions make it impossible to see clearly at least 1,000 feet ahead.High beams should not be used within 500 feet of approaching traffic, or 300 feet of trailing traffic.Seat BeltsWith the exception of those under 6 years old, anyone riding in a motor vehicle must wear a safety belt, if the vehicle is required to have safety belts.
Vehicles built in 1968 and newer must be equipped with lap belts.

Vehicles manufactured in 1970 and newer must be equipped with lap belts and shoulder belts for the front seats.

Children who are younger than six or weigh less than 60 pounds must ride in an approved safety restraint system.

If you don’t properly restrain child passengers, you can be fined, forced to perform community service, and have your license suspended.

Texting, accessing the Internet and hand-held cell phone use while driving are illegal throughout the state.

Exceptions to this law include:

Leaving a child younger than seven in a vehicle without proper supervision (someone at least 12 years old) is considered a misdemeanor, if doing so endangers the child’s health and safety.

The state also considers leaving a child in a situation where physical or mental harm may take place (due to abuse or neglect) to be child endangerment.